My Child Refuses to Apologize When They Mess Up 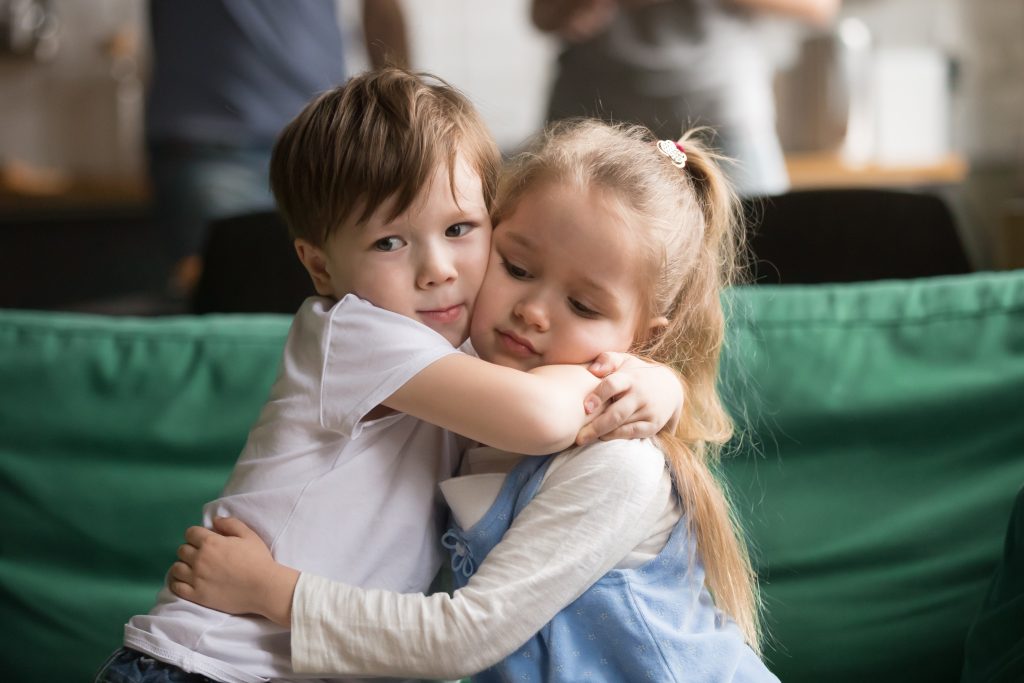 Hi Dr. Joanette: I’m a mom of a five-year-old and a two-year-old boy. The other day my oldest took and hid the favorite stuffed animal of the two-year-old. My two-year-old was crying because he couldn’t find his lovey.

After we found it, it was clear that my oldest had hidden the lovey. He refused to admit hiding the lovey or say he was sorry. I was so angry at his lack of empathy that I totally lost it.

Thank you for this great question. I can tell from your question that raising empathetic and caring kids is important to you. You are not alone; we have all lost it, and reaching out with the question tells me you are a good parent. Parenting is exhausting, and we all struggle with similar issues.

Refusing to apologize comes from a place of feeling shame. When a child refuses to apologize in the moment, they feel overwhelmed by their own badness. They aren’t being unfeeling and uncaring and are in the stress state of freeze. I often talk about the neuro-state of fight or flight, but two more brain states can occur.

These states are faint or freeze. When a child is in the stress state of freeze, the parent often perceives them as oppositional or uncaring when in reality, they are frozen in terror and overwhelmed by those feelings.

Why is this? For your son to apologize in that moment, he would have to see himself as the person who just did something awful, and that would bring up the feelings of being unwanted and unlovable to others. (After all, no one would want to be with a kid who does such awful things.) Your child can’t confront the fear of abandonment that comes up if he apologizes for his actions.

Instead, he Froze; he could have just as easily fought or fled. (Fight or Flight) However, the freeze state is more often associated with shame.

What can you do? When your child feels overwhelmed by shame, it’s critical to put aside your original goal for the behavior. In this case, it was to have your child apologize to his younger brother and admit he lied to you. Instead, put that goal aside and focus on reducing the shame your child is experiencing.

“I think it might be hard for you to find your I’m sorry voice right now.”

“I get that; sometimes I have a hard time finding my I’m sorry voice also.”

Then you can go to your younger child and say,

“I’m sorry I took your stuffed animal and upset you. I want to make it better. Is there anything I can do?”

Don’t ruin the apology by looking at your older child and saying something like,

Don’t give in to the temptation to lecture. Instead, trust that what you did got in and then move on.

Outside of the moment, maybe later in the day, when you see your older child is back to his happy, playful self, you might say something like, “saying you’re sorry is hard. It’s even hard for me to do.